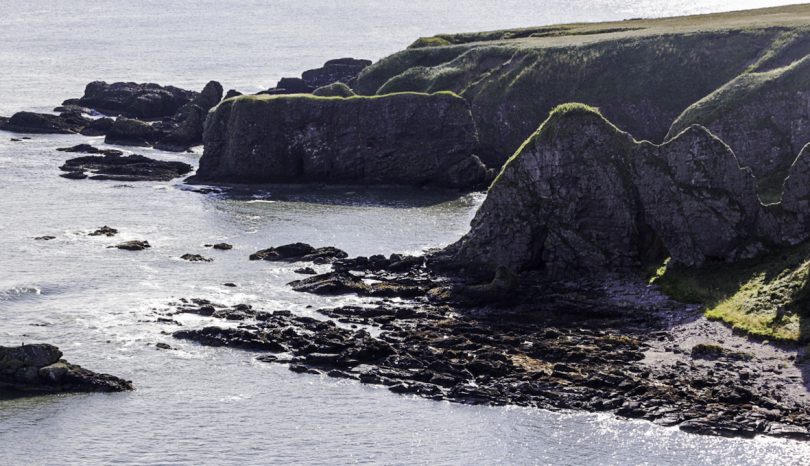 The narrow flat-topped sea-stack separated by shear drops from the rugged Bowdun Head between Stonehaven and Dunnottar castle is known as Dunnicaer, with other spellings including Dun-na-caer. It has intrigued antiquarians and archaeologists since incised stones with patterns resembling well-known Pictish symbols, but not typical and suspected to be early, were found in 1832 by some adventurous local lads. An Aberdeen University dig this year, using mountaineering techniques for access, found dating evidence for short-lived occupation in the 3rd to 4th centuries A.D., when the flat area would have been greater before losses to erosion. A particular interest for us in SPNS is in how, and when, this little piece of rock came by its name, which seems to be composed of two familiar elements, dun and *kair, which both have connotations of enclosure and defense. Anyone know any early records of the name?