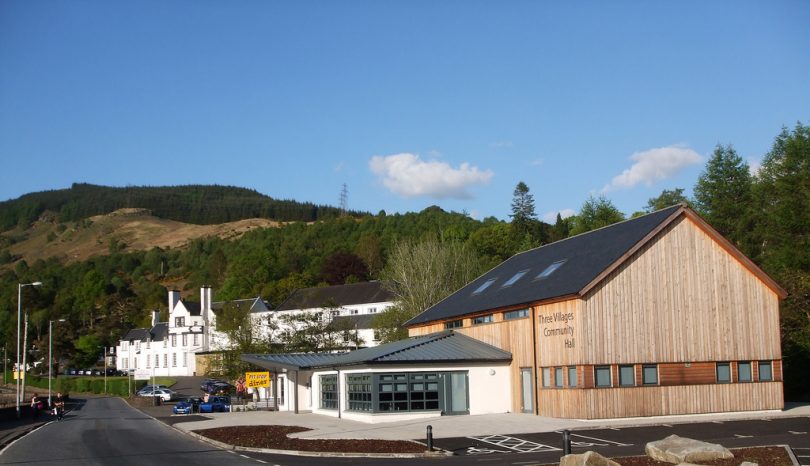 Please book as early as possible, so that we can get the catering numbers right!

If you would like to attend please complete the form below and send with a cheque for £22 per person (full-time students £12), which includes coffee and buffet lunch, payable to SPNS, to:

Directions: if driving, take the A82 from Glasgow up Loch Lomondside to Tarbet, then bear left on the A83. On reaching Arrochar turn sharp left onto lochside A815, past the Arrochar Hotel, the Three Villages Hall is a few metres further on, with a sizeable car park. Scotrail train to Arrochar leaves Glasgow Queen St at 0823, arrives 0937. The station is about a mile walk away from village (we may have some shuttle cars). Citylink bus from Glasgow Buchanan St. bus station 0910, arrives 1022. Trains, buses back don’t leave until c.1800: Hall remains open, heated, with tea /coffee until 1730. Lifts to Dumbarton railhead may also be available from 1600.

Acknowledgements of bookings will not be sent. Retain top part for venue location, times, etc.

John Dewar (1802–72) was a Gaelic-speaking tradition-bearer from Arrochar. During 1862–72 he was paid by the duke of Argyll to go around Argyllshire, Arran, W. Dunbartonshire, W. Perthshire and Lochaber in search of oral history, which he wrote up in Gaelic in ten manuscripts now known as the Dewar MSS – 7,000 pages in all. The stories contain numerous place-names (settlements, rocks, caves, fords and other natural features), including many not known from other sources. This paper will focus on two aspects: (1) Dewar’s idiosyncratic recording of place-names in general; (2) Arrochar names.

Alan Cameron: The Place-names in the Poem Flory Loynachan

The poem Flory Loynachan was written about 1830 and relates to the area of South Kintyre where I was born and brought up. It was written by Dougie Macilreavie, a native of Campbeltown, and all the place names mentioned are still in use today. Flory, who was born in 1790, worked at her cousin’s farm, Kilblaan, at the time the song was written.

The Hidden Heritage Project was a 2-year project devised and managed by members of the Arrochar and Tarbet community with the aim of getting local people involved in investigating the heritage of the important landscape joining the two villages. This isthmus has been used by Vikings to portage their boats, by MacFarlanes to grow their crops, by drovers to take their cattle to market, by Victorian tourists keen to experience the Scottish Highlands, and is now crossed by a major road, railway, and footpaths. Walkover surveys and archaeological excavations were supported by a series of workshops run by experts in their respective fields. These included a place-name workshop by Dr Simon Taylor, which so inspired a group of attendees that they developed a spin-off research project, culminating in the publication of The Gaelic Place Names of Arrochar Parish.

Peter Drummond: The Cobbler and his Neighbours: Some Mountain Names around Arrochar

This paper will be focused around elucidating some of Pont’s hill names.

Over the course of several decades, Professor W.F.H. Nicolaisen collected the historical forms of several thousand Scottish place-names, with a view to creating a reliable single-volume scholarly dictionary. Although his plans for a dictionary never came to fruition, he left behind an impressive collection of place-name forms, handwritten on paper slips.

A small project is currently underway to digitise these handwritten slips. A pilot database holds the full data for the county of Banffshire, including both the historical forms and the related etymological notes. For the counties of Moray, Nairn and Inverness-shire, digital slips have been created, listing the historical forms for each name. It is hoped that at least some of this material will be made available on the SPNS website.

A standing stone on Lismore is named by the NSA and OS as Clach na h’Eala/ Ealaidh that traditionally marked a sanctuary. The ‘stone of the swan’ neither looks like a bird or is close to any water bodies and several other derivations for the name have been proposed, including ealadh/ tomb and ealamh/ swift. My suggestion is that the correct name could be e ́alaidh/ creeping or sneaking, which those seeking sanctuary might have to. This derivation is discussed for Elie in Place Names of Fife and other examples will be examined including: Abhainn Ealay on North Uist, located in Carmichael’s Gleniallay or Glean-ialaidh, the Glen of Stealth, on North Uist; Seolaid na h-Eala, a narrow almost hidden channel in the Sound of Harris; the traditionally associated Poll na h-Ealaidh on Skye; and Fe ̀ith na h-Ealaidh/ Inbhireala, south of Glen Spean. Mention will also be made of Maorach Ealaidh, shell fish harvested by moonlight!