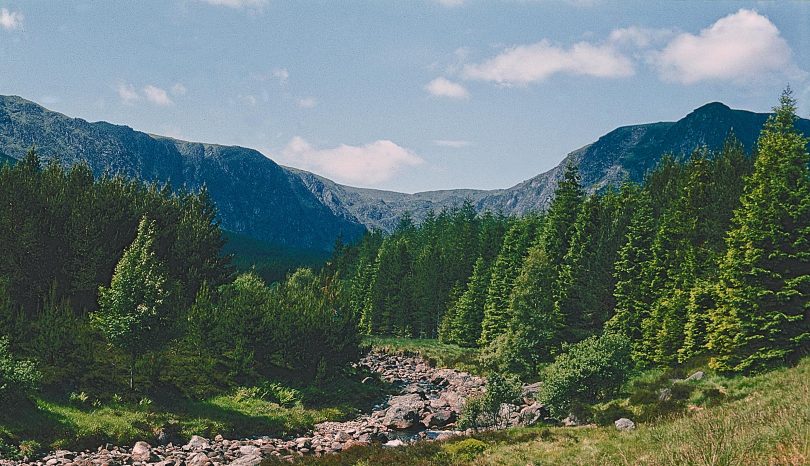 In Glen Doll, Angus, beside the White Water, a tributary of the South Esk. In his book on the names of The Glens of Angus, the late David Dorward noted that the name Glen Doll did not seem ancient. Although the name was on General Roy’s military survey of the mid 18th century, it was absent from Ainslie’s map in the 1790s. However, Ainslie showed a croft called Dole at the foot of the glen where it joins Glen Clova; Bartholomew maps of the 1960s still marked ‘Glen of the Doll’; and Dorward comments that the glen’s name was earlier pronounced ‘Dole’. Unsurprisingly he concluded that the origin was Pictish *dol (‘haugh, meadow’, adopted into Gaelic as dail and cognate with Welsh dôl; also dol in Cornish and Breton).