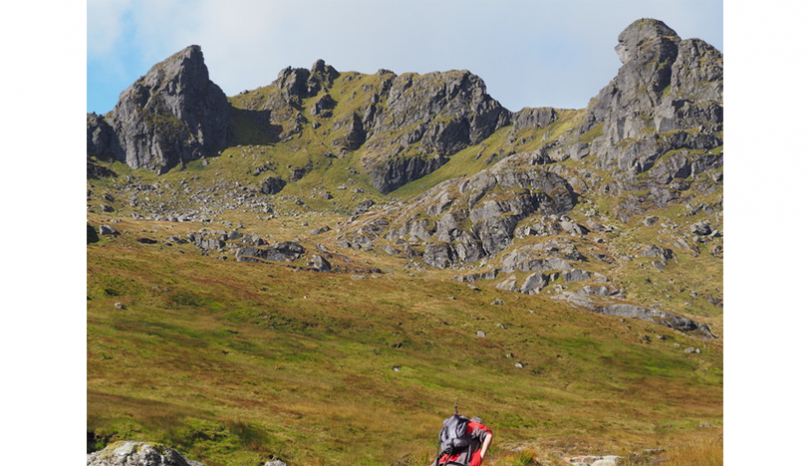 ‘The Cobbler’, or Ben Arthur (884 metres), a favourite weekend destination for hillwalkers living in and around Glasgow.  It is one of the ‘Arrochar Alps’ to the west and north-west of Loch Long, puny in height compared with the continental mountain chain but rocky and rugged, and especially imposing in winter conditions.  The Cobbler was so named because of a fancied outline of a cobbler (shoe-repairer) bent over his last, in the central of three tops.  According to John Stoddart in 1800 it had a Gaelic name, An Greasaiche Crom ‘the crooked shoemaker’, of which the usual modern name is a simplified translation.  There is no clear provenance or explanation for the alternative name of Ben Arthur (Beinn Artair). Speculative connections include the legendary King Arthur; a historically attested son of the 6th-7th century Dalriadan king Áedán mac Gabráin; and the MacArthur clan which was prominent in later medieval Argyll.  (Photo by Peter Drummond)