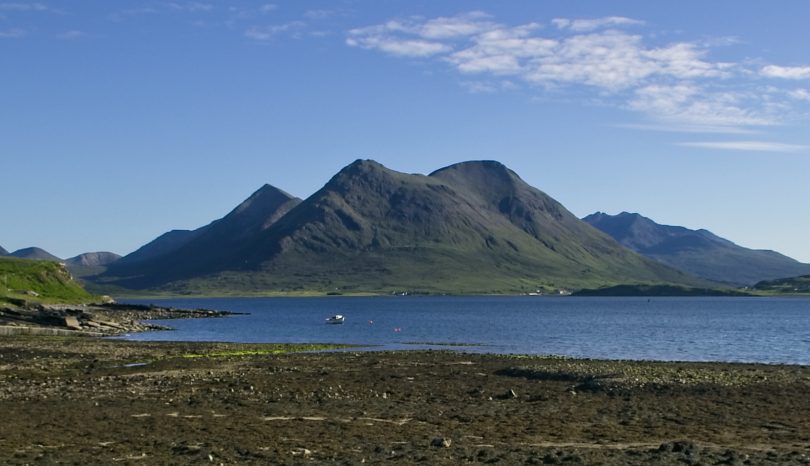 The low-tide view is from the bay at Inverarish on Raasay, south-south-westward across the Sound of Raasay to the hills of Skye. The nearest of these is Glàmaig, with its peaks of An Coileach (‘The Cockerel’) on the left and Sgùrr Mhàiri (‘Mary’s Peak’) on the right. If, as has been suggested, Glàmaig is a derivative of Old Norse klömbr ‘smith’s vice, tight place’, it presumably refers to the notable cleft between the two parts. Inverarish is a fine example of a ‘tautological’ place-name: when the meaning of Norse Áross (‘burn-mouth’) was no longer transparent Gaelic-speakers treated it as the name of the burn itself and prefixed Inbhir to a form with a Gaelic inflected genitive. Inverarish is thus doubly the mouth of a stream. A further linguistic layer is added with the modern name ‘Inverarish Burn’. The Society’s spring conference on Skye will be a great opportunity to explore the fascinating mixed Norse and Gaelic heritage in the local place-names.